“I’m bored,” is a phrase uttered by children and a thorn in the side of many overwhelmed parents.  How can children be bored when there is always so much work to do?  When my children told me they were bored, I answered, “Excellent!  That is your brain signalling you to do something else.”  Of course, if they needed suggestions, I was happy to supply them with any number of household tasks. They usually, when faced with the choices, were able to busy themselves, very often with games.  We are a family who loves their games and in that sense are not much different from Crusader knights.  It’s amazing that in the modern world of computers, ample free-time, and massive technology that people still get bored.  How much more knights stationed at the Crusader fortress of Montfort.  I have written before about Montfort here, but I want to focus on the lives of the knights and the governor who were stationed here as seen through archaeological finds.

Montfort defended nothing, is surrounded by no farmland, and is located on no road.   Despite this relative solitude, it was built to the highest standards of luxury for its time.  The head of the Teutonic order, for which it served as a base, lived here and tried his best to stay out of the way of the Italians and Hospitalliers in Akko.  There was nothing to do here, and surely the knights were bored.  Recent archaeologic finds give us some answers to what the residents of Montfort did with their time.

Many pig bones were found among the castle ruins.  Were some of their eating habits linked to boredom?  Perhaps.  One of the remains left by Crusaders in all of their castles was a large refectory or dining hall, where Crusaders could gather and whittle away the hours.  We know that unlike the Jews and the Moslems, pigs were enjoyed thoroughly by the Christian Crusaders.

Another finding from Montfort is a Nine Men’s Morris game board. This game was invented at least 1000 years before the Crusaders during the Roman period.  Although it is a solvable game, it is complex enough to take some skill to master.  Nine Men’s Morris isn’t a long game and so can be finished rather quickly if duty calls, which would make it attractive to knights keeping watch. It was a board game for bored Crusaders. 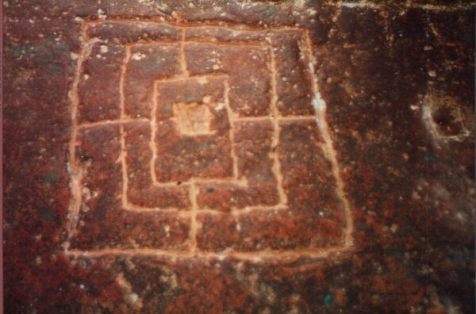 I tend to think that people in the past are pretty much like people today.  It is interesting that Crusaders living 800 years ago in today’s Upper Galilee region turned to games to fill time and connect to others similar to how my family uses games today.

And playing games has always been much more fun than dusting.